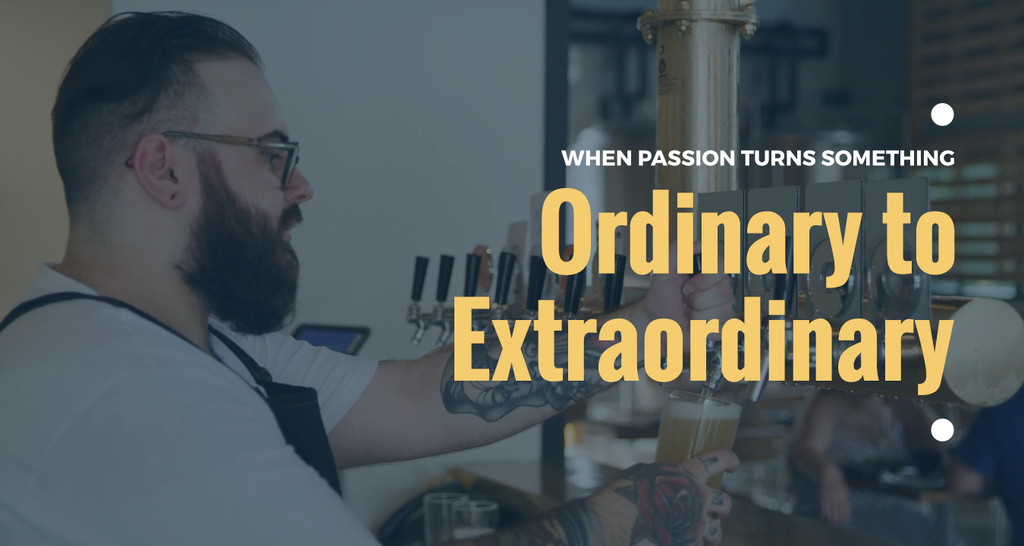 How Passion Turns The Ordinary to Something Extraordinary

The answer should be obvious right? It’s a drink. What else would it be? But, you see, the answer might be different if you ask someone like Simon. To more and more people in the Sunshine Coast area today, Beer has become what Coffee is to generally the whole world. Most especially in the last five years.

We recently did a story that goes into the insights of Simon Michelangeli, who- along with his business partner Paul Sanders- started Glass House Brewery. At first glance, the brewery looks more like a high-end coffee shop or restaurant. But that’s because Simon takes beer seriously.

Hobby to Passion to Mission

Simon started brewing beer for himself years back. But as soon as he started doing it for others, it became more than just something he liked to do. It turned into a passion. The Glass House Brewery’s four-year journey started with a desire that Simon and Paul had to bring people together and strengthen bonds.

“There’s something alluring about the idea of being involved in a brewery.” Simon shares. “There’s very few products that elicit such strong emotions as beer. Beer is so often a central part [in] celebrating life.”

That’s what beer is to Simon, Glass House Brewery and their customers. It becomes a celebration of life, family and friends. And the business has been doing that. Simon and Paul share that there were struggles along the way, but they just had to press on to make that vision come to pass.

Building a Community Around Beer

Glass House Brewery’s venue over at Forest Glen feels nothing like a brewery. The place has large wooden beams, pallets, great looking tables and seats, a garden and function room. Glass House definitely creates community in style. And that’s all deliberate as the team’s goal is to create a strong community around beer.

Simon is a living example of someone who used passion to turn something as seemingly ordinary as beer into an extraordinary experience that you can have with people who mean a lot to you.

It’s a joy walking into a place like Glass House because you can truly feel the connection that people have with one another there. You’ll definitely want to check out their story and probably even get a pint or two after!

follow me on:
Previous Post The First Story We Made That Everyone Saw Next Post The Kind of Storytelling That Makes an Impact: An Extensive Guide